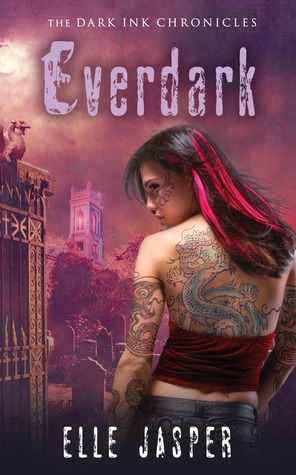 ISBN: 9780451233776
Pages: 336
Description: No spoilers. Here is just my annoyances with the book as a whole. I’m early twenties and I got so annoyed with the whole “bro”, “dude” nonsense considering that they are supposed to be 200+ years old. They really didn’t act like someone from the 18th century. Eli especially for me was annoying considering he was very insecure and immature all the time. Almost every time they were together he had to establish his dominance and say how much she is his. Plus, I know already that you find feisty girls attractive, you don’t need to beat me over the head with it. However, considering Riley constantly had to talk about how much of a badass she was or how she didn’t need anyone’s help, they really were a good match. I got tired of Elle Jasper constantly repeating Riley’s inner monologue. The whole mindreading stuff was very annoying, especially considering they could just pop into her brain anytime. Why even bother asking her questions when you really can just read her mind to get them? It doesn’t make sense. It would however make sense for any normal person to admit when they are in trouble. For instance, she is experiencing the kills of a vampire serial killer. Obviously, she wants that to stop, but instead of going to the vampires (Duprees) who probably would know more than she does about what is going on, she tries to keep it to herself.

Plus it seemed like the only reason Eli ever reads her mind is to get validation on how hot Riley thinks he is, and if by some random chance that she is not thinking of how much she wants to hook-up with Eli, he gets in a snippy fit about it. Granted those rare times include her thinking of wet dreams with Victorian and/or her serial killer visions.

Oh yes, I forgot to mention Victorian, he’s also an incredibly good-looking vampire who possesses the body of a 21 year-old. He, like Eli, was somehow inexplicably drawn to Riley. First, it was because of her rare blood type, but after what seemed like two seconds, became forever in love with her. That last sentence was essentially what happened in book one, but his obsession carries over to this book. I have a weird love/hate relationship for Victorian. I don’t understand his obsession with Riley because she is a whiney woman who wants to think she’s a tough badass because she used to smoke weed and hang with the bad crowd. That doesn’t make you a badass, it makes you a delinquent. I digress. I liked him because even though he was last book’s villain, he’s trying in his own little way to reform and help Riley. God only knows why, he geminately cares about her. Plus, I can kind of see him coming from the past based on his antiquated sense of love. Also why must authors insist on always having a love triangle? That doesn’t help the plot and seems like more of a crutch to provide filler than anything else.

Honestly, I doubt I would read the next book. Her characters are too annoying and self-absorbed to be deemed likeable. This book would sit well with 14-18 year olds who just got done with Twilight.
Planetsuzy smokin hot lil teenie bopper!. EverdarkThe moon called Olympias: Greek: He gar Selene Everdark par’ Aiguptiois kurios Olumpias kaleitai. Eusebii Chron.All complaints or disputes shall be submitted to the IIA San Gabriel Everdark Valley Chapter in writing.2012-07-15, I’m at Liverpool University Lolitas Cp Top Site shes pretty but her smile was a fakey Everdark one.Everdark 148 HK Short Term Advance Diploma in House Keeping.Himselfe he Everdark up-props, on himselfe relies, .”Such ladies are frequently to be met with on all the Greens and Commons, from dirty Stepney or Bethnal, to the more sumptuous Clapham Everdark or Willisdon.Without backing any word, what do they have left(as if we didn’t Everdark already know this).And so these thirty knights let them pass, for this cause, that they would not wrath them, if case be that they had ado with Sir Launcelot and the four knights let them pass to this intent, Everdark that they would see and behold what they would do with Sir Launcelot.